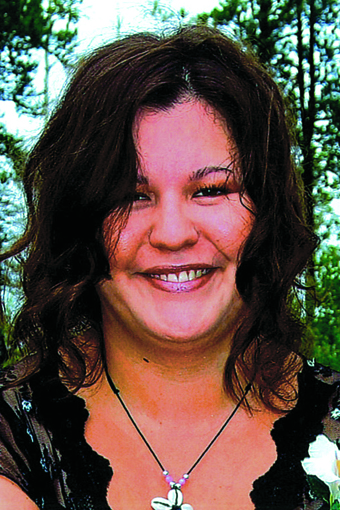 Rainy was born in Northern Alberta, Nov. 29, 1979 and came into our lives June 20, 1980.
Rainy spent her early childhood in Winnipeg and was happy to relocate to Fort Frances with her family when she was eight years old; Rainy loved being close to her extended family of Birds.
Rainy especially enjoyed time spent with her cousins at the family cabin on Rainy Lake and being a part of so many family gatherings.
Rainy had so much love and compassion for animals, be it cats, dogs, frogs and much to her mother’s chagrin, gerbils. Rainy’s compassion extended to anyone who she perceived as being “down on their luck”.
The love of her life was her son Evan; although her struggles meant that she wasn’t able to care for him on her own, her love for him was beyond measure.
Rainy is survived by her son Evan; her grandparents, Dick and Rose Bird; her parents, Buddy and Peggy Loyie; her sister Bobbie Dawn and her children Shailyn and Carson; her sister Becky and husband Jamie Sovereign and their children Parker, Connor and Arin; and her brothers Shane and Jordan. She is also survived by her Aunty Donna Brunn and husband Dennis; Donna’s sons Jol and Jake; Uncle Rick Bird and his daughter Rochelle; Uncle Dan Bird and his wife Debbie and their children Nina and Seth; Uncle Bob Bird and his wife Shirley and their children Emily and Shannon and her Uncle Billy’s children Amber, Richard and Rory and her birth brother, Rodney.
Be kind to one another, behind the illness is someone’s child, a sibling, a grandchild, a niece, a cousin, a mom.
Funeral mass will be held on Monday, March 9, 2020 at 11 a.m. Our Lady of Lourdes Catholic Church, Couchiching First Nation.
In lieu of flowers donations may be made to Community Living Fort Frances &amp; District – Homelessness, 340 Scott St, Fort Frances, Ontario P9A 1G9. Arrangements entrusted to Northridge Funeral Home.