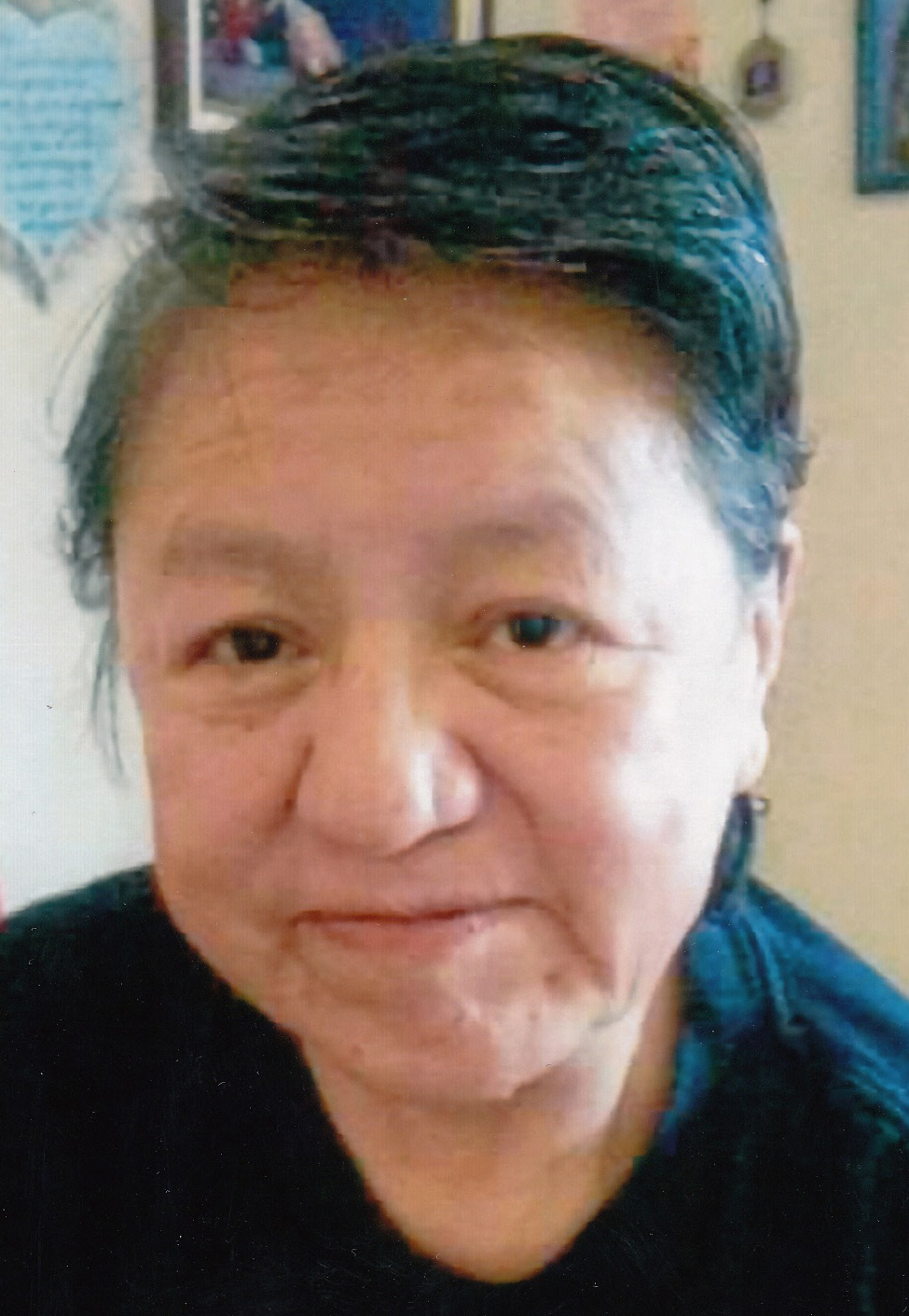 It is with profound sadness and heavy hearts that we announce the passing of a loving wife, mother, grandmother, sister, aunt, and good friend, Karen Doreen Copenace, on Friday, March 11, 2016, with her family by her side, at the Rainy River Health Centre in Rainy River, Ont.
Karen was born July 28, 1956 in Rainy River and lived in Big Grassy First Nation all her life.
She was united in marriage on July 19, 1986 to her best friend, Ernest Copenace.
Karen worked in the carpentry field and Grassy Narrows Camp for several years, as well as a homemaker for the Elders of the community, before devoting her time with her children and grandchildren.
She had a heart of gold and always was there to lend a helping hand.
She was predeceased by her parents, Edwin and Edith Jack; brother, Fred Jack Sr.; and sisters, Marilyn and Karilyn Jack.
Karen will be forever loved and missed by her husband, Ernest; children, Bobby (Patricia), Loretta (Wesley), Rachel (Lionel), Billy Sr. (Jennilee), and Jennifer; and grandchildren, Avery, Rylan, Jarett, Kirsten, Billy Jr., Payton, Lauryn, and Summer.
She also is mourned by her sister, Dianne Skead (Joseph); aunts, Linda, Carlene, Louise, and Sheri; as well as numerous nieces, nephews, and relatives.
Pallbearers are Fred Jack Jr, Steven Jack, Nathan Jack, Lionel Horton, Jeff Morrison and Peter Copenace.
A wake service will be held Tuesday, March 15, 2016 from 3 p.m. at the Big Grassy First Nation Community Hall.
Traditional services will be held Wednesday March 16, 2016 at 10 a.m., with Elder Gilbert Smith officiating.
In memoriam donations may be made to the Canadian Diabetes Association or any charity of your choice c/o Green Funeral Home, P.O. Box 427, Fort Frances, Ont., P9A 3M8.
Online condolences may be offered at www.greenfuneralhomefortfrances.com