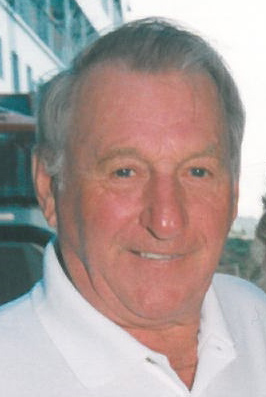 It brings us great sadness and broken hearts to announce the death of our dear husband, father, grandfather, and great-grandfather, James Boden Lowey, 85, who passed away peacefully at home with his family on Wednesday, Feb. 28, 2018 in Fort Frances, Ont.
James was born on March 17, 1932 to Gladys and Wilfred Lowey at McKenzie Hospital in Fort Frances. He attended McIrvine Elementary School and Fort Frances High School.
He married the love of his life, Christine Vanderhorst, on Oct. 19,1953 and together they raised their three sons.
James is survived by his wife of 64 years, Christine; son, Todd (Terry) Lowey and children, Brienne (Sean) Bodkin, great-grandchildren, Harper and Vivienne Bodkin, and Brittany (Ryan) Manz; son, Robert (Kim) Lowey and children, Melissa (Alex) Lowey and Leanne (Steve) Lowey; and son, Blair (Donna) Lowey and children, Nichole (Matt) Kaun, Jessica, and Kaela.
James also is survived by his siblings, Ruth Anderson, Arlo (Florence) Lowey, and Tyra (Rick) Hammond; sisters-in-law, Ethel Lowey, Elizabeth Noia, and Pearl-Ann Slyford; brother-in-law Joe Vanderhorst; and numerous niece and nephews.
James was predeceased by his father, Wilfred Lowey; mother, Gladys Carlson; step-father, Ben Carlson; brothers, Fred (Roland) Lowey and Don Lowey; mother- and father-in-law, John and Huberdine Vanderhorst; brothers-in-law, Oscar Anderson, Wilfred Noia, and Jack Slyford; and sisters-in-law, Florence Vanderhorst, Mary (Jim) Lecuyer, and Audrey (Wilber) Tank.
James was a hard-working man who started out as a delivery man for Well’s Hardware and finished as the Yard Supervisor at the local paper mill. His real passion was his gardens and greenhouses, to which he was introduced at an early age by his future father-in-law, the late J.H. Vanderhorst, and passed on to his youngest son, Blair.
No trip to the Lowey’s Green House and Market Gardens was complete without a dozen of Jim’s sweet corn.
Everyone who knew James, especially his grandchildren, loved hearing his wonderful stories that were told with such a sense of fun and humour. He deeply loved and treasured his grandchildren and great-grandchildren, and forever will have an eternal connection with them to guide them through their life journeys.
You are forever in our hearts and we love you dearly.
James was a past Grand Knight and 4th Degree Knight in the St. Mary’s Parish Knights of Columbus.
A funeral mass is scheduled for Friday, March 9, 2018 at 11 a.m. at St. Mary’s Roman Catholic Church in Fort Frances, with Rev. Biju Mathew officiating.
A reception to follow downstairs in the church after the service.
In lieu of flowers, in memorial donations may be made to the St. Mary’s Building Fund c/o Northridge Funeral Home, P.O. Box 89, Emo, Ont., P0W 1E0.