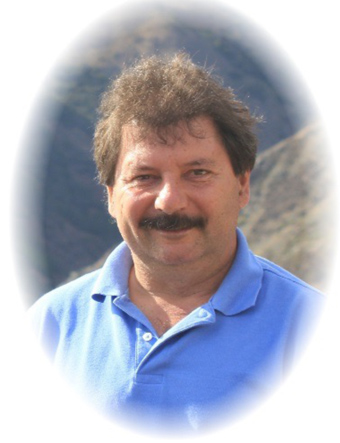 It is with broken hearts that we announce the passing of Clay Chernaske on Saturday, Dec. 30, 2017.
Clay was an amazing husband, dad, brother, son, and son-in-law who was loved, is missed tremendously, and always will be remembered and cherished.
Clay was born on Oct. 14, 1961 in Fort Frances, Ont. to Philip Chernaske and Dini Radstake. He moved to B.C. with his parents in 1982, where he became an electrician.
He also was talented in many other areas, including stonework, tiling, and woodworking, among others.
Clay loved to talk about everything in life, history, and politics. He also had a love of old movies, had the best music playlist going, and loved to plan trips and travel.
Clay married his wife, Margaret, on June 28, 1997 in Delta, B.C. and became a loving dad to daughters, Tracy and Amy. Clay always put his family first and always was willing to be there for everyone.
He was kind beyond words, loving and generous, and had a great sense of humour.
Clay was predeceased by his parents, Philip Chernaske and Dini Radstake; and his sister, Diane Lindstrom.
He is survived by his wife, Margaret; daughters, Tracy and Amy; sister, Yvonne (Robert); mother-in-law, Ina Smart; brother-in-law, Rick Lindstrom; and other family members.
“Strange isn’t it? Each man’s life touches so many other lives.
When he isn’t around he leaves an awful hole, doesn’t he.”
(It’s a Wonderful Life)
A celebration of life will be held Saturday, Jan. 27, 2018 at 1 p.m. at the Hampton Club Great Room, 5550 Admiral Way, Delta, B.C.
In lieu of flowers, in memoriam donations to the BC Cancer Agency would be appreciated.