As you are reading this, it is time to think about Remembrance Days past. I have stood at the Cenotaph in Fort Frances when a bitterly cold west wind drove up from the river and we shivered in the cold wet snow as taps were played. I could feel the cold dampness that Canadians in trenches felt during the first world war. Both of my grandfathers were involved in that war.

I can also remember a bright Sunny warm November 11 at the Cenotaph, where we shed our overcoats and jackets and basked in the heat of the sun shining down on us. There was almost joy in the crowd as the service went on as we realized that the sun brought hope that Canadians would not suffer any more casualties to war.

One grandfather was in the medical corps evacuating wounded soldiers from the battlefield to hospitals. The other was wounded in action. Both survived and later went on to raise families and have great lives.

My father flew in the Second World War in a Lancaster Bomber as the navigator over the cold north Atlantic, hunting German submarines near the close of the war. He didn’t ever talk about his war days. His only souvenir was a leather hat fitted with a breathing hose. He never spoke of his part in the war or the loss of flying comrades flying the North Atlantic.

The world continues to be a hostile place. We continue to ask our soldiers to travel the world to create peace where conflicts exist. More than 40,000 Canadian troops served in Afghanistan and 165 troops died in conflict. That war continues to haunt many Canadians who have returned with brain injury and PTSD. Many of them have turned to suicide from the trauma they suffered. Families continue to suffer the long-lasting impacts of war.

War continues to hurt all Canadians. This year we did not stand in the cold at the Cenotaph. We watched on our computer screens as the service unfolded in our warm kitchens and living rooms, safe from the conflicts. We must remember. As I write this column, I am haunted by the last stanza of “In Flanders Fields” by John McCrae:

“Take up our quarrel with the foe;
To you from failing hands we throw
The torch; be yours to hold it high.
If ye break faith with us who die
We shall not sleep, though poppies grow
In Flanders Field.” 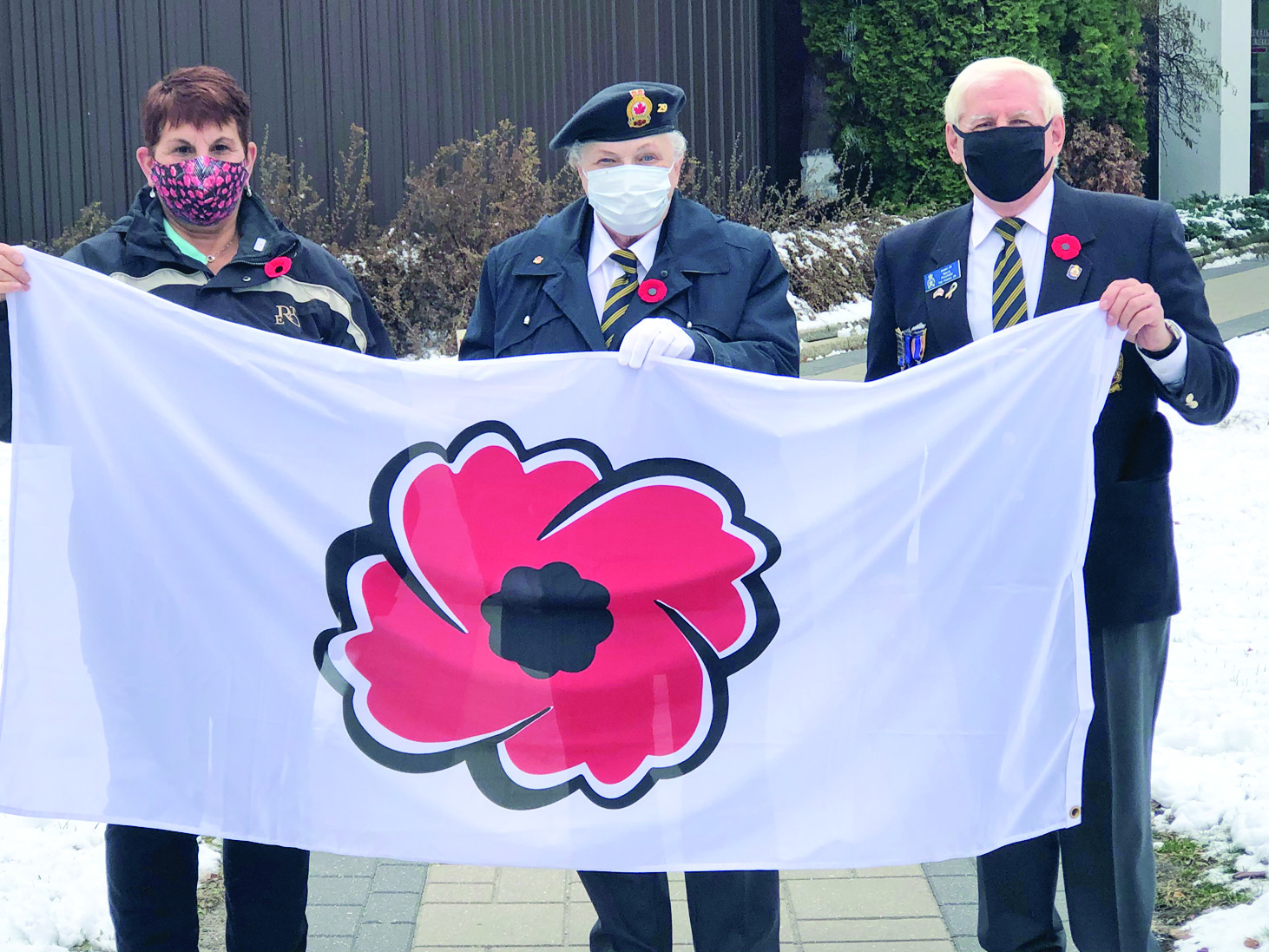 By its very name, Remembrance Day, we give honour to those who have served our nation.
Close to 120,000 Canadians have died defending our country since the First World War.
What sorrow it brings to think of those young people who never had the opportunity to savour life or to share in the abundance that their sacrifice has allowed us to enjoy.
We honour those who died, we honour those who were injured, and we honour those who served in the many different ways necessary to prevail in combat.
This year marks significant anniversaries in Canada’s military heritage.
Such anniversaries are commemorated to ensure the sacrifices and achievements of those who served are recognized today by those who enjoy the personal freedoms they ensured.
< *c>Vimy Ridge
One of Canada’s most celebrated military victories occurred 90 years ago this year. The Battle of Vimy Ridge took place April 9-12, 1917.
It saw all four divisions of the Canadian Corps fighting together for the first time to capture the heavily-fortified Vimy Ridge in northern France. Many have seen this great triumph as “Canada’s coming of age” as a country.
< *c>Passchendaele
The Battle of Passchendaele also took place in 1917. That rainy autumn, Canadians were in the Ypres area of Belgium, fighting their way across a blasted landscape.
Roughly 16,000 Canadians were killed, wounded, or went missing in the fighting, but the Canadians did not give up and took the ruined town of Passchendaele in November.
< *c>Dieppe
A significant Second World War milestone is the 65th anniversary of the Raid on Dieppe.
On the morning of Aug. 19, 1942, roughly 5,000 Canadians and 1,000 other Allied troops came ashore in German-occupied Europe at the French port of Dieppe.
The raid took a heavy toll—913 Canadians were killed and 1,946 were taken prisoner.
This Remembrance Day, take a quiet moment to honour these great heroes of freedom and to pledge that we shall always remember their sacrifices on our behalf.

Dear editor:
Fort Frances’ 100th birthday went over big, as described in the local newspaper, but one item caught my eye that I could not quite understand, and that was the picture of two “voyageurs” raising their glass in a toast to France.
If I read my history correctly, the voyageurs who travelled the route west and north, returning with riches in furs were Canadians; or maybe the toast was for another cause that the readers are not aware of.
But anyway, a disturbing incident was brought out on a radio program in regards to the destruction and defacing of property at the War Memorial Cemetery in France.
Besides the damage, written messages were inscribed on the cenotaph and other monumental structures as quoted: “The garbage buried here is polluting French soil,” “Kill all the Americans,” and “Hopefully the Iraqis win the war.”
Regardless of these messages towards the Americans, soldiers from Canada, Great Britain, and other countries laid down their lives to liberate France from Hitler’s tyranny and restore their freedom that was taken from them.
We, the Canadians, have the comfort and peace of mind knowing we are the bordering neighbour to a powerful country south of us and not countries from Europe and the Third World.
My hat is off to the Americans for fighting terrorism that is jeopardizing freedom around the world, and with help from a country that was able to stop Hitler’s army from invading their shores when they literally walked right over other countries in their path.
The Battle of Britain, without a doubt, was the turning point leading to winning World War II and freedom for all for the time being.
Lest we forget.
Signed,
Mike Baranowski
Nestor Falls, Ont.
P.S. The Canadian World War II veterans will be in France sometime in June, which will be interesting to know how this incident will be smoothed out on the political front.